or
with individual guided tour closer to the art
Tuesday, Wednesday, Thursday
by appointment 0177  640 5989

VIDEO – how to find us
from Olgastrasse
from the Charlottenstraße 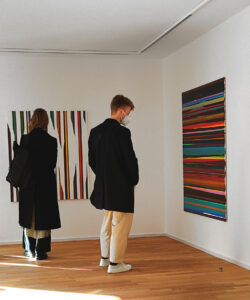 Our new web presence was made possible by the support
“Neustart Kultur” of the Stiftung Kunstfonds.
Many thanks.

Text for the current exhibition
with Ruri Matsumoto

Ruri Matsumoto’s painting appeals to the viewer through a carefully orchestrated interplay of color contrast and spatial imagination. The works of the artist, who was born in 1981, initially appear two-dimensional, although the parallel stripes of color that are applied give rise to spatiality upon closer inspection. Underneath a structure of tautly stretched color stripes applied according to a particular rhythm, there are differently shaped monochrome surfaces that break through the color rhythm and thus give rise to spatial illusions. These imaginary spaces are not constructed according to the principle of three-dimensionality, but are created by the contrasting effect of the colors and change depending on the angle of view and the incidence of light. As Ruri Matsumoto told us, these works go back to a large spatial installation she realized in 2012 at the Düsseldorf Art Academy, where she studied with Professor Katherina Grosse. The insights she gained from her work in real space led to a paradigm shift in her painting, which can be seen in the new works. 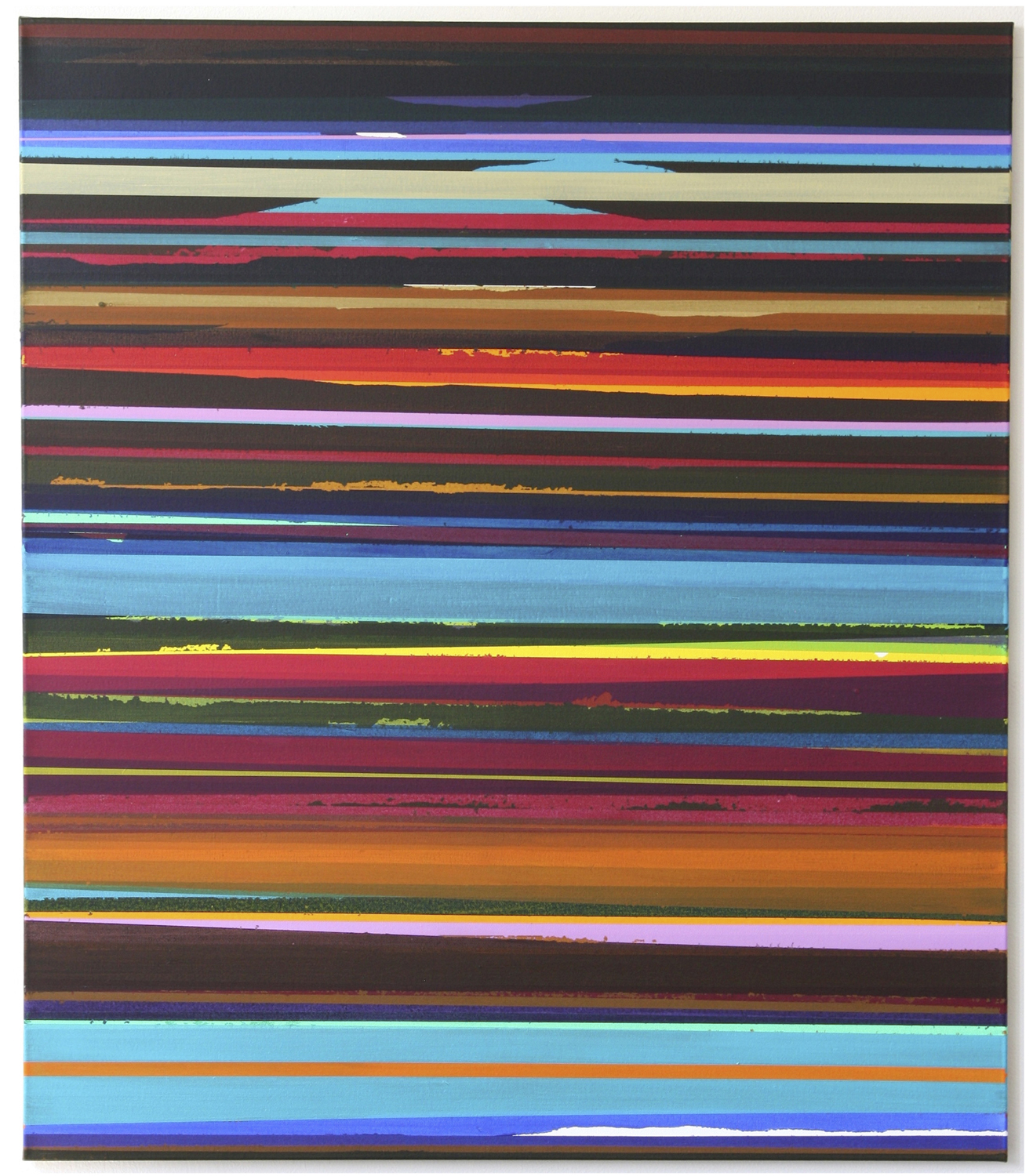 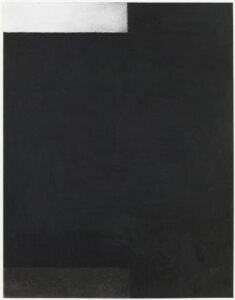