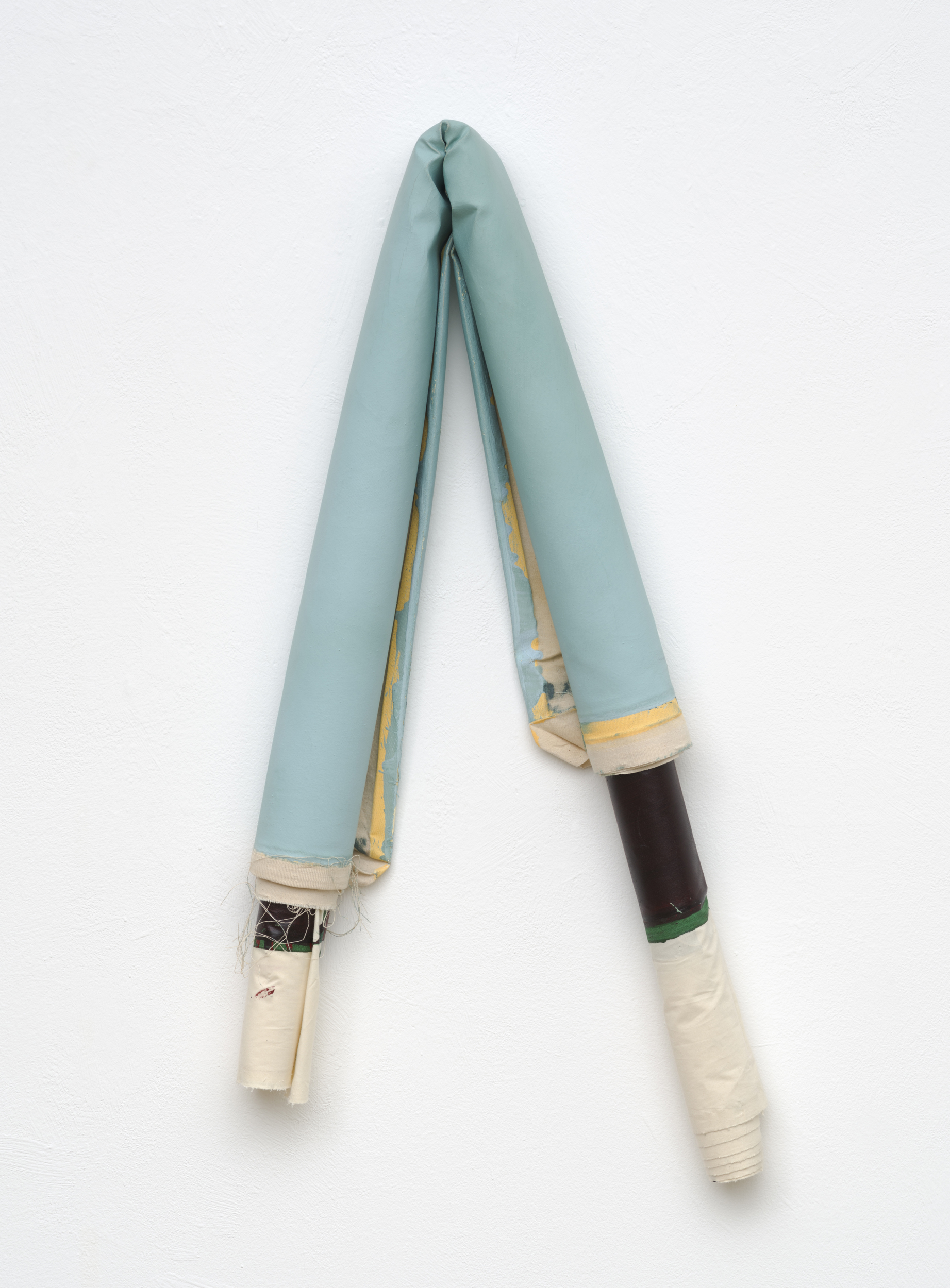 Posted at 00:00h in Franziska Reinbothe by Klaus Braun

Oil on canvas, acrylic on satin

This art work
is sold

This painting originally consisted of two seperate canvases, neither of which became valid paintings. But instead of sorting out both paintings, I unstretched the canvases, rolled them into each other and just hung them over a nail. Now the surface of the paintings is no longer visible in its original entirety, but the parts of the canvases that were previously folded back are clearly visible!