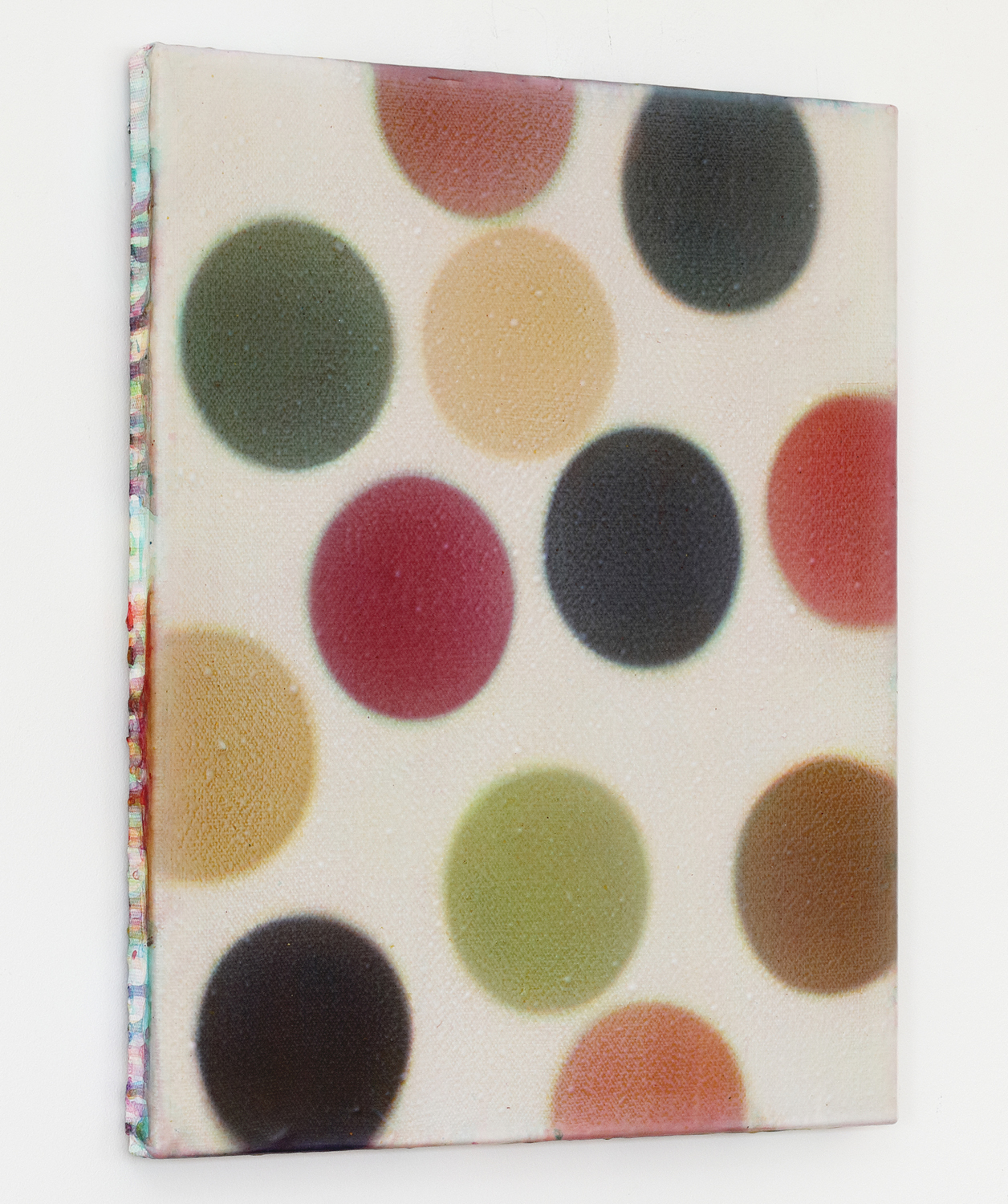 Between 2008 and 2016, Wonkun Jun devoted himself to the theme of color circles, among other things. These float through the room on a light or dark background without following a specific pattern. The blurred nature of the color circles is due to the technique of sfumato, invented by Leonardo da Vinci at the beginning of the 16th century. In some cases, the circles also contain stripe-like patterns that seem to be already half evaporated. The artist achieves this transparency by applying paint very diluted with water and using the so-called wash-out technique. In this process, the paint is washed out again in some places before it dries completely. Wonkun Jun says: “As a working technique I used wash-out technique, because on the canvas the flow should be applied by the brush, not by the single stroke. Through this technique, I leave the traces of my deep-seated feelings.”