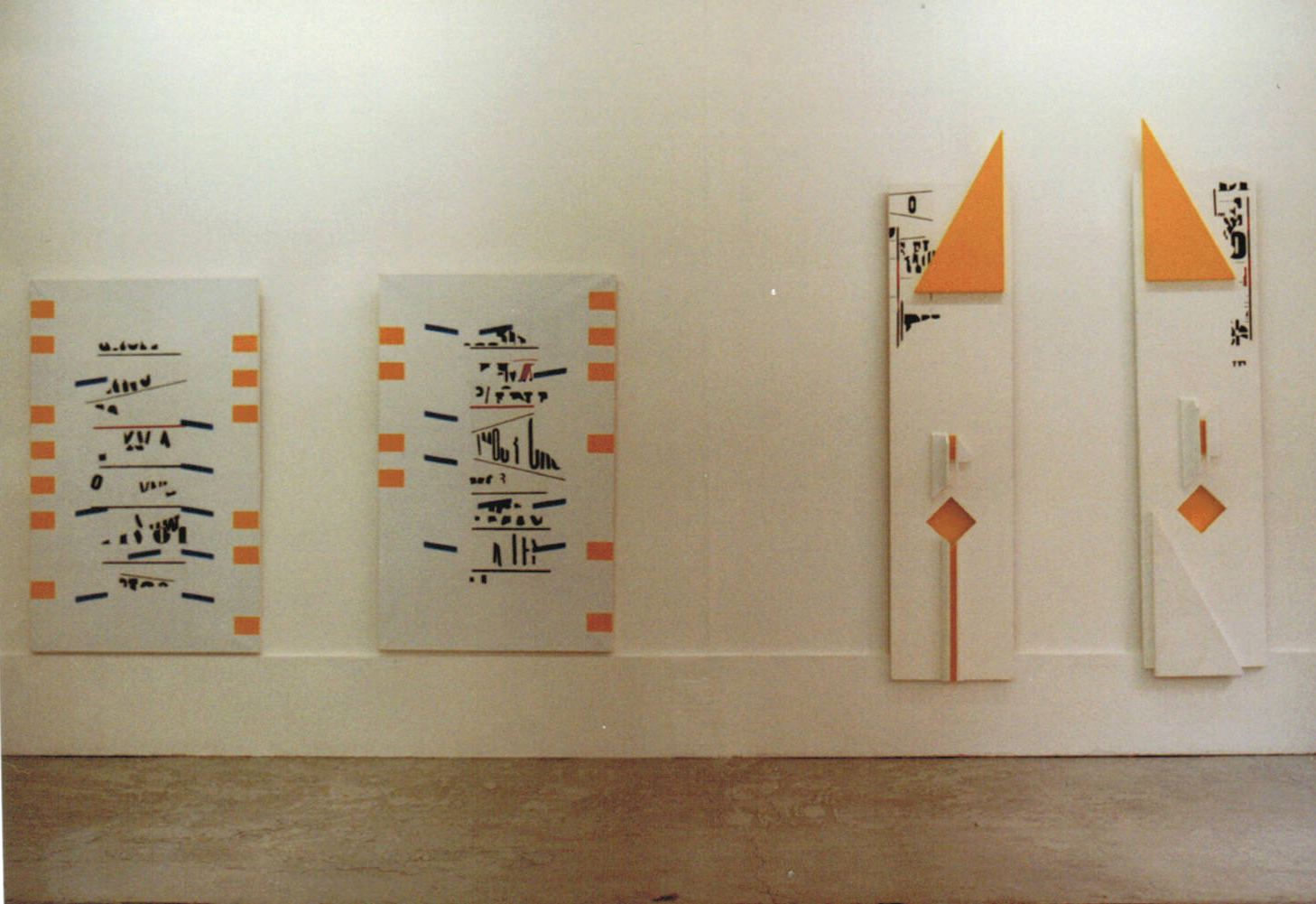 Posted at 00:00h in Archive by Klaus Braun

Arthur Aeschbacher loves language and the elements it consists of. He lets letters and syllables flutter onto his canvases in a billboard look, where they must submit to a regiment of yellow stripes and fragmentation by covering and covering: the ruin of linguistic meaning converted into word salad under a charming graphic surface. The choreography of such light-footed dance of painted and collaged linguistic elements has been taken over by small blue and yellow bars. Born in Geneva in 1923 and living in Paris since his studies at the Académie Jullien, Aeschbacher had begun with poster collages in which he expressed his admiration for Kurt Schwitters. Two of these works from 1963 can be seen in the exhibition alongside the “Affiches Paintes” from 1990 and 1991.
Gabriele Hofmann in StZ 29.04.1992 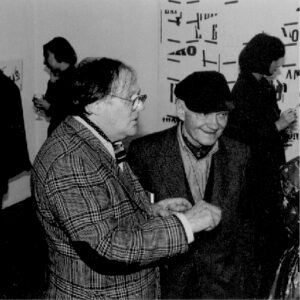