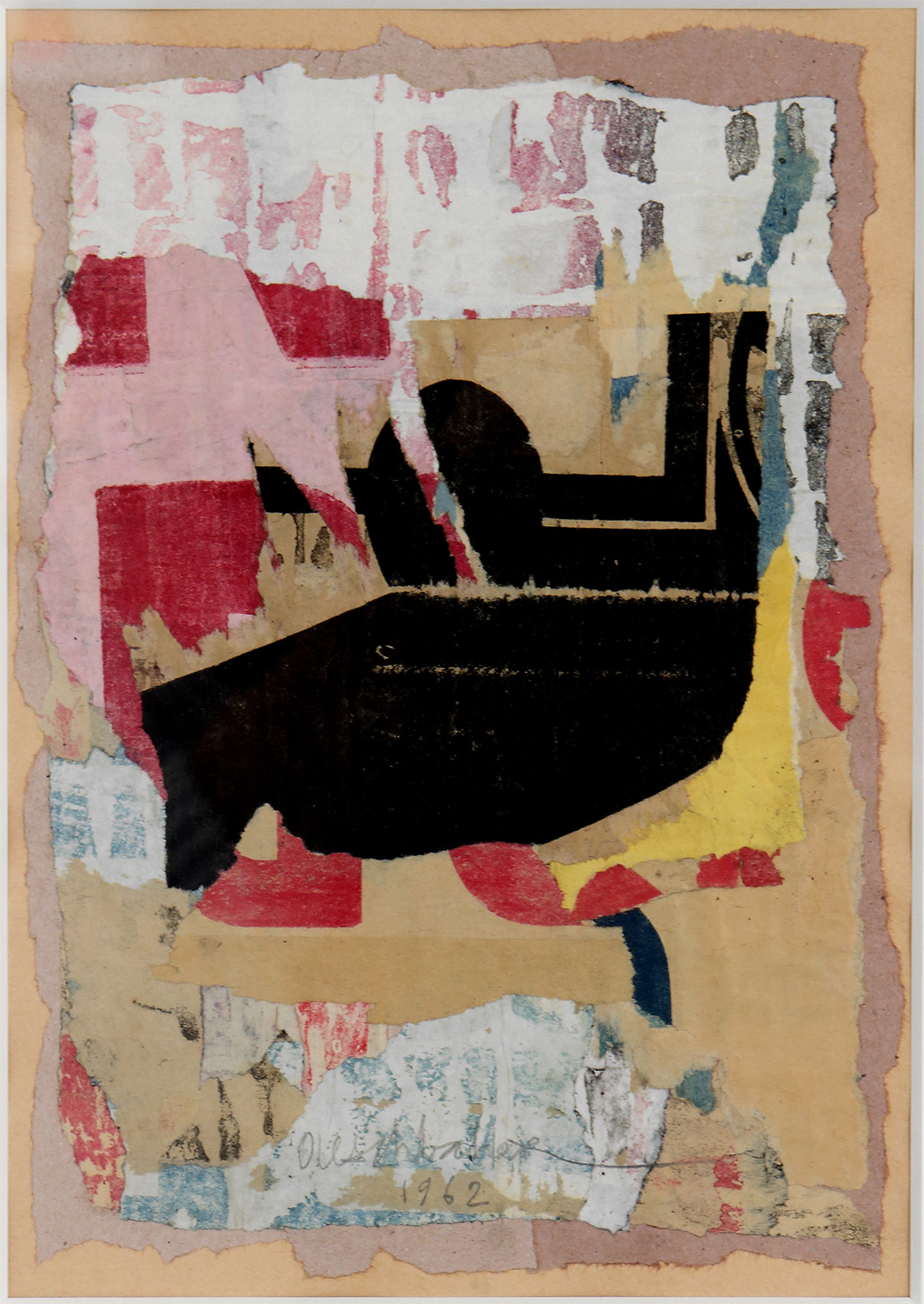 Posted at 00:56h in Artist Overview Page, Artists by 10px

Sorry, no posts matched your criteria.

Aeschbacher belonged to the poster artists, but kept his distance from the Nouveaux Réalistes movement because he did not share its sociological goals. Instead of celebrating “anonymous carving” like Hains or La Villeglé, Aeschbacher used the poster as “material for painters.” For him, the language of the poster, which he peels off, then pastes back on and reassembles, is above all the language of its colors, its thickness, and its heels. Thus, in the 1960s, his paintings consist of successive layers of cut-up posters whose texts have become illegible. With the series of “lettres éclatées” or “stores surfaces” (1973), he further developed his relationship with letters by gradually abandoning the practice of collage/peeling. Painted in black, blue or dark on a gray background, these “fragmented letters” spread out behind color grids that structure the canvas. With the series “6, 4, 2” (1984), Aeschbacher reduced his compositions: The linguistic references were arranged in circular arcs that broke with the rectilinearity of the previous grid system. His last works remain faithful to the spirit of “graphic competitions”, in which the letter is charged with a figurative force, breaking through what the writer Michel Butor calls the “fundamental wall erected between letters and the arts”. His works are represented in numerous public collections in France and abroad. (For example, in 1992 Centre d`Art Contemporain de Corbeil, on which a monograph has been published).
From Larousse “Dictionnaire de la peinture”.